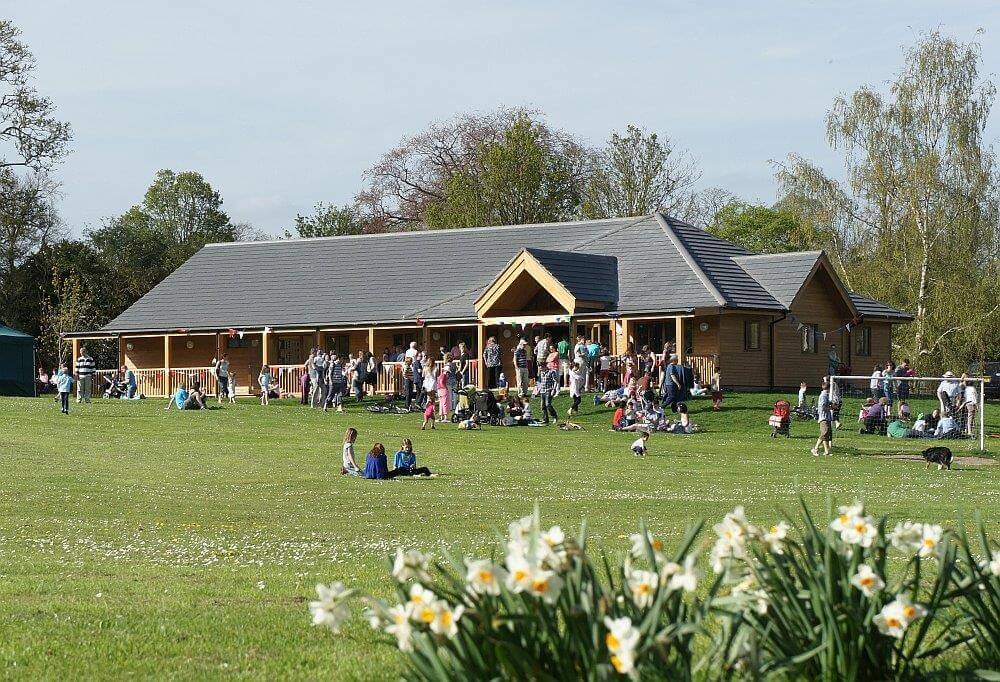 An existing pavilion at Moulsford had reached the end of its useful life and was in need of replacement. It did not meet legislation for disabled users and was ill equipped with poor heating and insulation. A small project team was set up to raise funds, apply for grants, consult user groups and seek advice.

The team firstly visited other recently built village halls to speak to the users and to learn from their experiences. They were particularly impressed with the village hall at Little Milton, which was designed and built by Pinelog.

Pinelog’s architects were commissioned to draw up designs for a low energy, sustainable building which would conform to the character of the village and the special landscape of the North Wessex Downs. The new facility had to be fully equipped to accommodate a range of activities and include changing rooms, showers, kitchen and a main hall with seating for up to 120 people.

Pinelog’s proposals for a timber framed and clad building were presented at a public meeting and following overwhelming approval, with Pinelog’s help, planning permission was obtained. Tenders were requested from several companies but Pinelog’s complete turn-key proposal was found to offer the best value for money. Moulsford Parish Council managed to raise the funding required and Pinelog was awarded the contract to proceed.