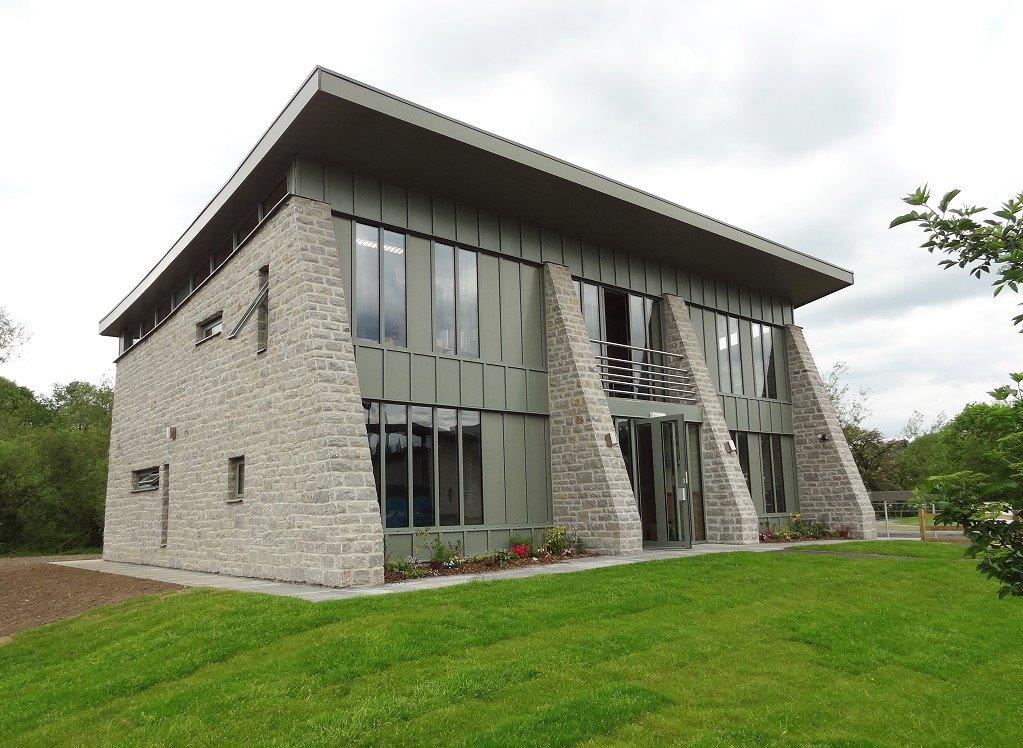 The Bakewell Agricultural and Horticultural Society organise the annual Bakewell Show. Their old wooden offices had deteriorated so badly that they were becoming unusable.

Replacement offices were originally proposed in 2008 and plans drawn up but the project was considered too expensive and shelved. As Pinelog’s offices and factory were less than a mile away, the Society realised that if anyone could help them with a new building and bring it in on budget, Pinelog could. Pinelog’s design was for a contemporary structure which reflected the agricultural roots of the show, built using local labour and locally sourced ‘green’materials to minimise the carbon footprint.

As the site is within the Peak Park planning area, the new building was sympathetic to the stringent policies and with Pinelog’s technical assistance and experience of designing buildings for sensitive areas, planning permission was obtained.

The office building is built to the highest possible ecological standards and incorporates many environmental features. The large sloping butresses echo the nearby limestone escarpment. The two side elevations are clad in stone from a local quarry and the rear elevation is constructed from sustainable larch.

Building began in October 2011, the new office was handed over five months later, officially opened by the Duke of Devonshire – in plenty of time for the management of the 2012 Bakewell Show.

I approached Pinelog and asked for a design. The result was a magnificent timber framed two-storey building, clad in limestone from a local quarry. The timber beams and internal timber cladding take this building out of the ordinary and I feel privileged to work in this unique, beautiful building. When the modern design was finally seen by the Peak Park Planning Committee, they unanimously voted to approve it.

Many people have admired it and rightly so.