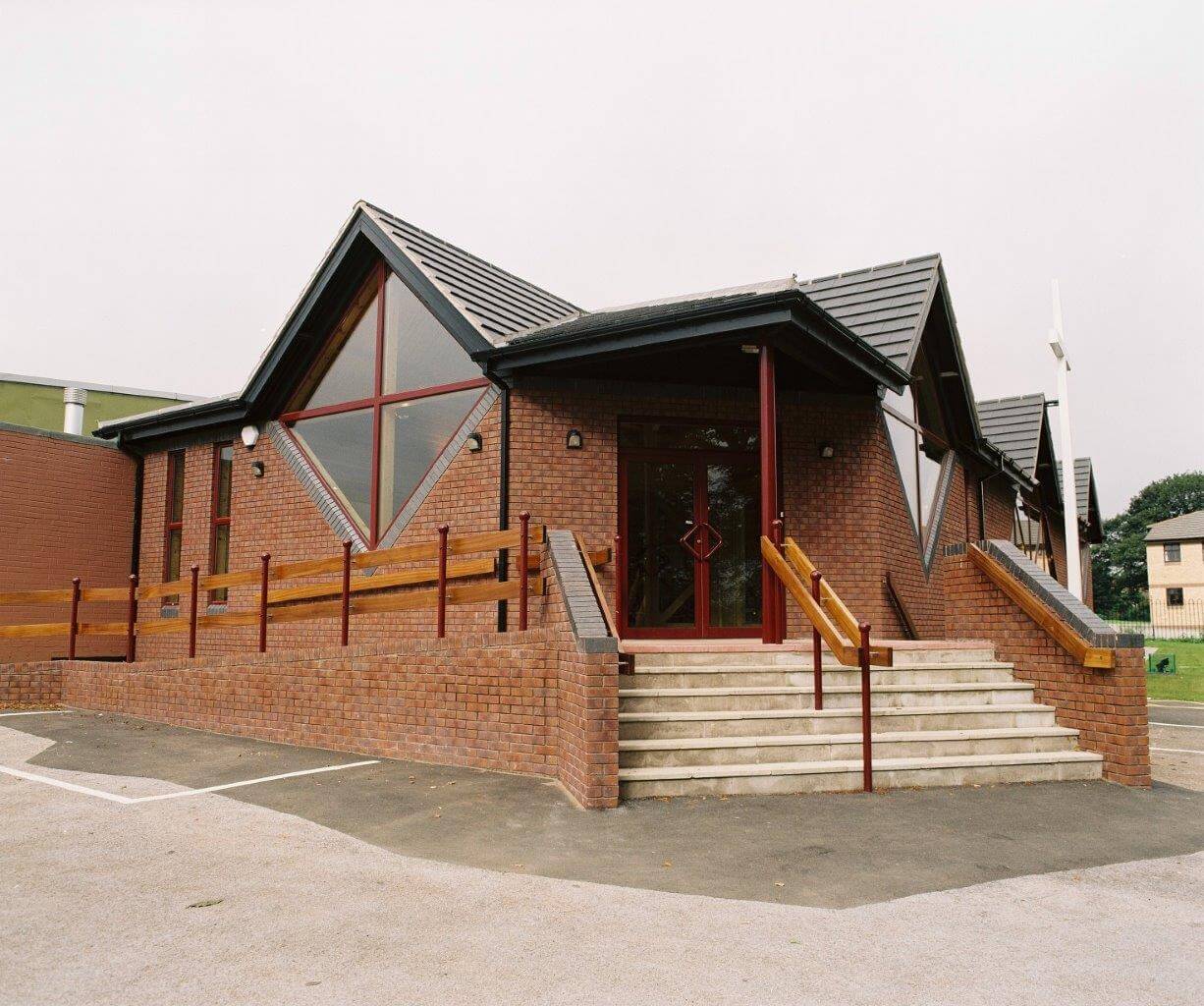 Too small for its growing congregation and built in the 1970’s, the original Methodist church at Nuthall was thermally inefficient and over the years had been added to in an ad-hoc way. The decision was taken to demolish and replace it. A Building Committee was appointed – they were looking for a radical, flexible new Church, which could be used for everything from solitary contemplation to housing a wide variety of community events. They particularly wanted to project a modern image from the main road and any new building would have to mask their assembly hall, which they wanted to retain.

However, as the church was in the Green Belt, the district planning department advised that they would reject any application for a new building. Knowing of similar situations where Pinelog’s expertise had been successful in planning applications, the committee called in Pinelog’s archtiectural department for advice. They, therefore, drew up plans for a multi-faceted, eye-catching building which would allow the congregation to carry out a variety of functions. These were then submitted to the planning authorities in the knowledge that as the new building was for community use, exceptions in Green Belt policy may be allowed. Following protracted negotiations, Pinelog’s plans were accepted and building commenced.

An airy, brick faced timber building, the new Church is relevant to all users being both a church and a community hall. It is constructed out of timber frames with glulam laminated trusses supporting the ceiling structure. This creates a vaulted roof for a spacious yet spiritual interior. Large diamond shaped windows are featured throughout to maximise daylight.

Sliding acoustic walls allow the church to be spilt in two to create an intimate area around the alter and communion table.

Other amenities in the tee-shaped building are an office, vestry, office, boiler room, kitchen and toilets. A long corridor links all the parts including the existing assembly hall, bringing together all the functions that had become disjointed as a result of the previous outdated buildings and extensions.